May 29, 2011(Ouch! Looks like WordPress update to 3.1.3 wiped all the modifications I made to the default theme. Admittedly I should've seen that coming.) What I want to do is basically attach a key-value pair to an EC2 instance when launching it in AWS Management Console and read the value inside the instance when it's running. To be more specific, I use this to to set a key called environment that can have values like dev, stage and prod so that the Django config can decide which database to connect to etc. while starting up. I suspect that in Boto the current instance can somehow be referenced in a more direct fashion but this works as well. First, append the following to /etc/profile: Now we know the region and instance ID. Next, install Boto by running the following commands: Then, add these lines to ~/.profile: Or the equivalent in ~/.boto: Now, to read the tag we want in Python:

May 14, 2011Messages sent by Amazon Simple Notification Service are signed, and checking that any received message is indeed from AWS and not from some douche trying to outsmart you is not very hard (nor should it be optional, for that matter): sns-verify.php The verify_sns() function expects the message in JSON format, plus region (e.g. "eu-west-1"), numerical account ID without dashes and an array containing the topics you're interested in. The code will verify both SubscriptionConfirmation and Notification messages. It loads the certificate from the address in SigningCertURL field to check against for each message separately because the certificate changes over time, as described here. It is also checked that the host where the certificate is loaded from is in the amazonaws.com domain. Example usage where subscriptions are automatically confirmed: 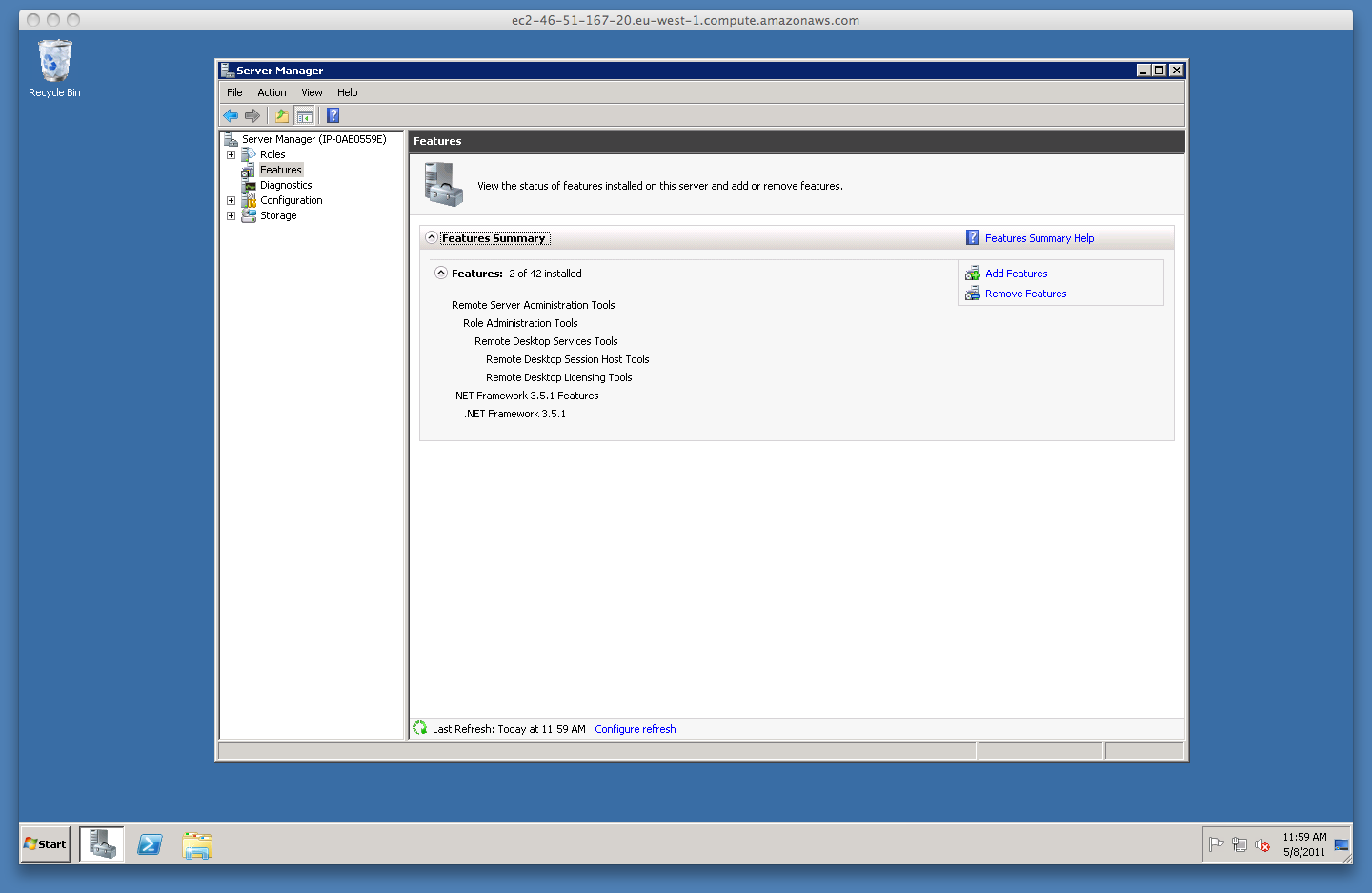 Plan to use an in-house box to run a XenServer to host XP instances (I need multiple Windows desktops for "testing" purposes if anyone asks) had to be scrapped because the box was simply too loud and I couldn't get the wireless bridge to work – not that the latter would have helped anyway because like I said the box really is loud and relocating it anywhere inside our flat just wouldn't lower the noise level enough for it to not disturb sleep. Which brings us here: launching a Windows Server 2008 R2 instance on Amazon EC2 and setting up Remote Desktop Services to enable multiple simultaneous client sessions. Below we can see Alice, Bob, Charlie and Dave each happily running their own Remote Desktop session at the same time: 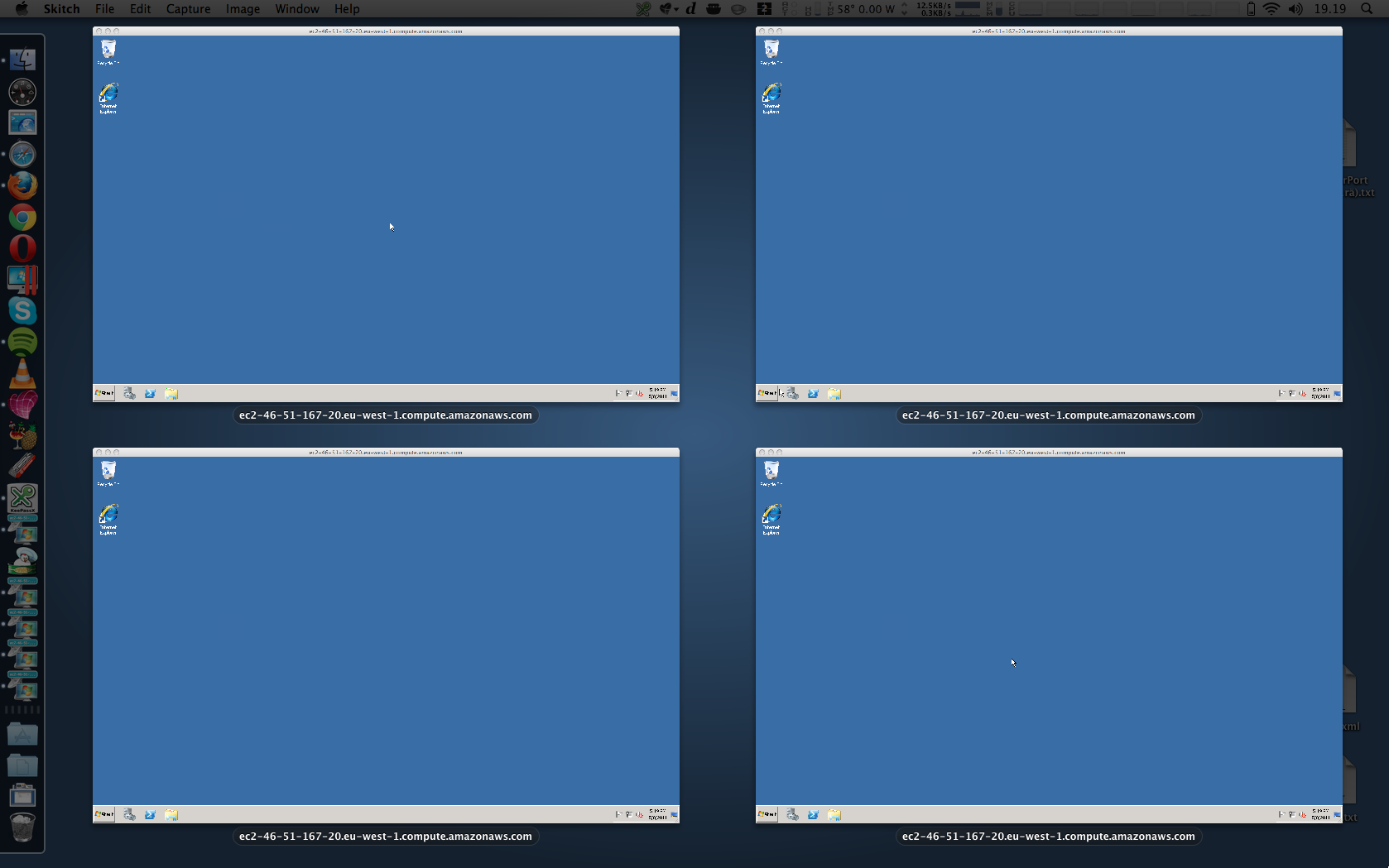 The whole thing runs "tolerably" smoothly even on the severely memory-limited Micro Instace: 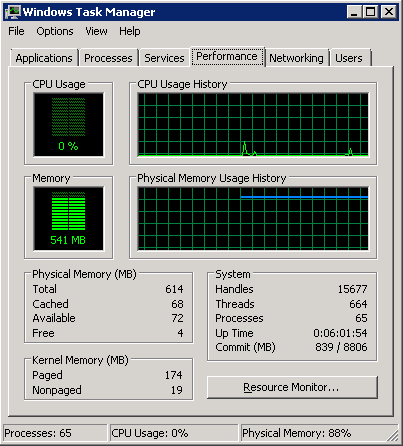 At $0.035 per hour this can be considered cheap. And, the server can be shut down when it's not needed in which case the only charge will be for the admittedly humonguos (35 gigabytes) Windows root partition. And of course those clients would need Client Access Licenses which adds a one time cost of roughly $100 per client. Now, to directly compare this kind of setup with having an actual physical server would indicate poor judgement as both have their strong and weak points but costs can be compared. So here we have an estimate of what the total cost of running a server like this for a three-year period would be, sans CALs: Source: http://calculator.s3.amazonaws.com/calc5.html Then again, that 600 € would get you two HP Proliant MicroServers. Yet, then again, that price does not include Windows licenses and they would need a physical location, electricity, an Internet connection – an so on. 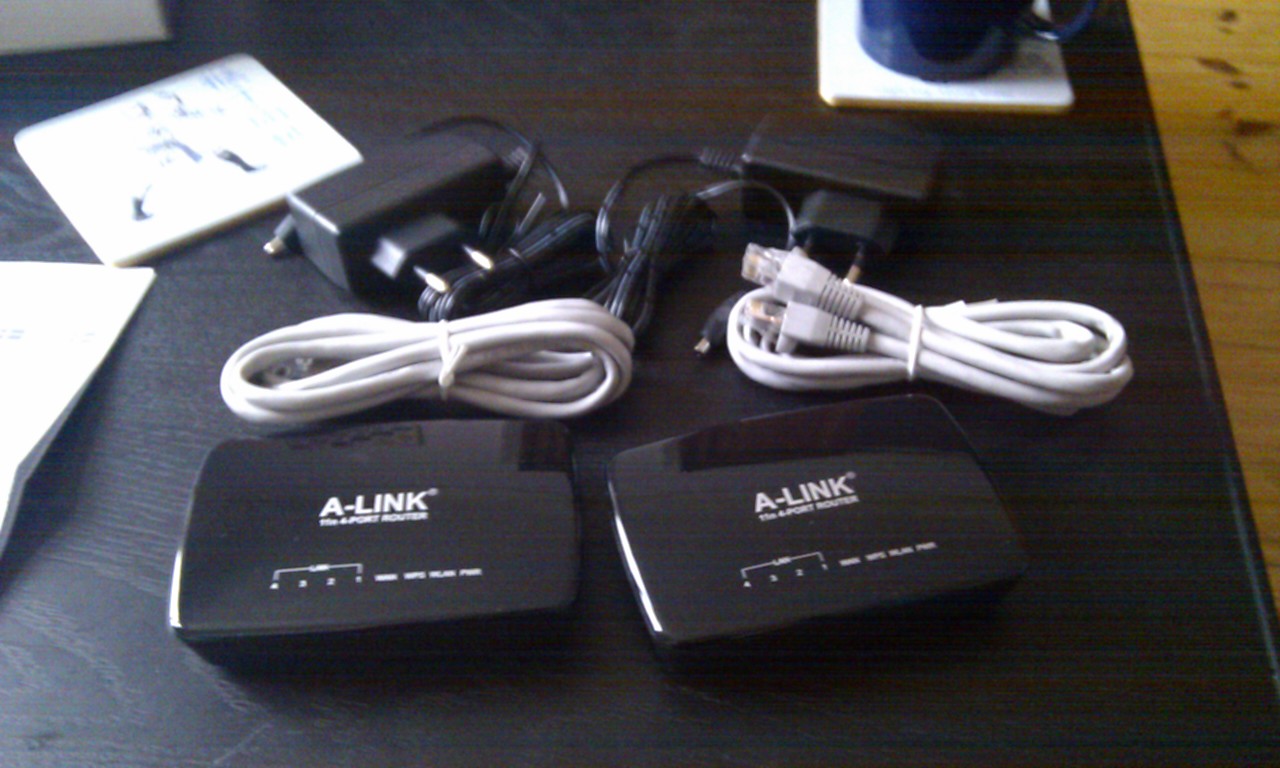 Small AP is small – and has a built-in antenna, too. I got two of these (for 19,90€ per piece – not A-link list price…) and set up a bridge so I could relocate my noisy Xen box from living room to kitchen to keep the box running 24/7 and sleep. (Turns out that in the end even this didn't help because the box remained loud enough to disturb sleep no matter what settings were selected in BIOS thermal management.) Initially it looked like the bridge worked just fine, except my testing revealed that the transmission speed was nowhere near the advertised "IEEE 802.11n (draft 2.0) / 150Mb": After trying different cryptos from WPA2 to plain text and fiddling with various other settings I came to the conclusion that the slow speed was a feature of the device. Anyway, this was not really any kind of concern as I was more interested in latency, which was low enough (a few milliseconds). Put all this together and my opinion is that it's good enough for an access point that is about the size of a deck of cards and costs twenty euros. What did turn out to be a problem is that at times the AP's would somehow manage get a broadcast storm going on, which of course took the wired network down with it very quickly. I wasn't really able to get to the root of this but from what I observed I can tell that the broadcast storm would happen even when one AP was connected to the primary wired segment and the AP at the other end was just "floating" there, with nothing connected to its' Ethernet ports. Also, while after enabling STP in the devices I could, using tcpdump, observe the STP config packets doing their thing and reconfiguring after for example dropping and then reconnecting either end of the bridge, this (STP) did nothing to prevent the broadcast storm from happening. I should also note for the record that I was using the "WDS", not "AP+WDS" mode. Verdict: the devices just aren't suitable for this application, i.e. they are buggy and do not fully work as advertised but given their relatively compact size and ability to function as clients on a WLAN, I'll keep these.